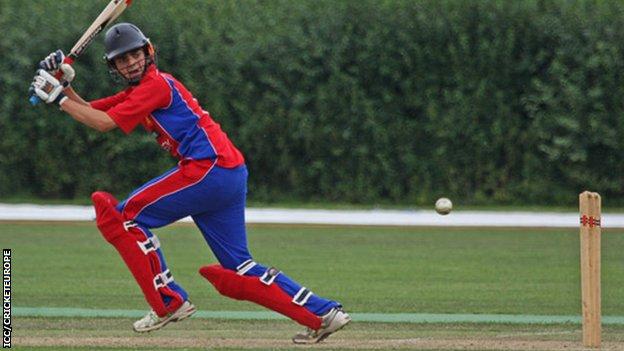 Jersey's hopes of qualifying for the Under-19 World Cup have been ended following a crushing defeat by Ireland.

Despite causing an upset the previous day against hosts Netherlands, Jersey were unable to reply to Ireland's total of 240-8 from 50 overs.

Jonty Jenner, a centurion against the Netherlands, shared a 45-run partnership for the fifth wicket, but his dismissal sparked a collapse.

The islanders now take on Denmark in their final game, while Ireland face undefeated Scotland to determine who will qualify for the World Cup in the United Arab Emirates next year.