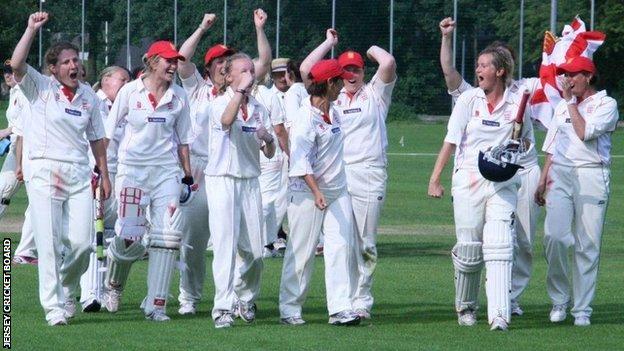 Jersey have announced their squad for a European Women's Twenty20 tournament which they will host later this month.

The islanders welcome France, Germany and Hungary from 14-18 August, with the two top teams from the round-robin contesting the final.

Captain Gemma Dunning told BBC Sport: "We beat Germany twice last year so they will be seeking revenge, while Hungary are an unknown entity.

"It will be a tough tournament but we've got a fit and healthy squad."

She added: "We've been competing against male opposition in a Sunday league so this will stand us in good stead."