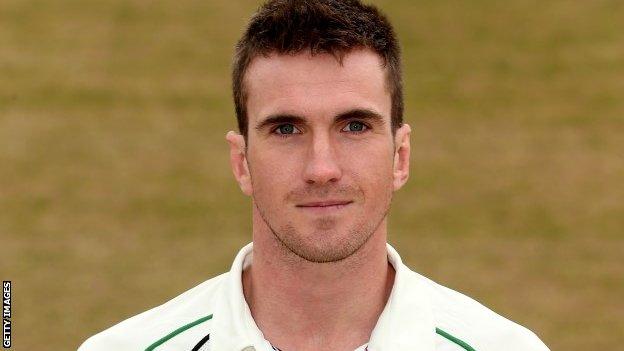 Worcestershire left-armer Jack Shantry has signed a two-year contract extension which will keep him at New Road until the end of the 2015 season.

"We have a talented squad and I hope to play a part in making us a successful team in the coming years."

Director of cricket Steve Rhodes added: "He has forced his way into the four-day team through excellent performances and he's an extremely important player to our squad.

"I know Jack's driven to reach higher accolades in the game and I'm sure we can give him the opportunities to show what he can do."