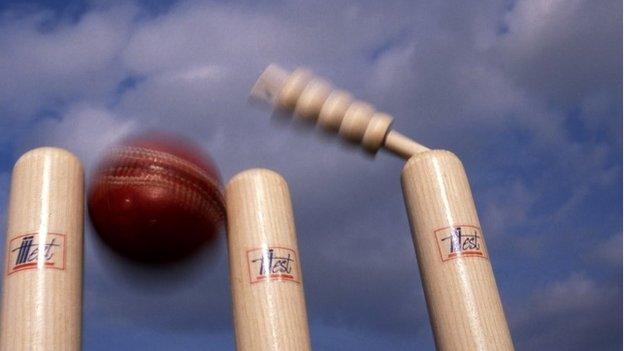 The alleged offences took place during the 2013 Bangladesh Premier League.

The ICC said the charges "relate to an alleged conspiracy within the Dhaka Gladiators franchise to engage in match-fixing and spot-fixing activity".

Those charged with fixing offences have been provisionally suspended.

All nine people charged have 14 days to respond to the allegations made against them.

"The evidence uncovered is a grave reminder of the need for the sport to remain vigilant against the continuing threat of corruption," said ICC chief executive David Richardson.

"It is also for players and support personnel to take personal responsibility for protecting the integrity of the game."

The punishment for match-fixing offences ranges from a minimum five-year suspension up to life, while failure to report an approach carries an upper limit of a five-year ban.

The charges are a result of alleged incidents uncovered by the ICC's Anti-Corruption and Security Unit (ACSU).

The Bangladesh Cricket Board (BCB) asked the ACSU to monitor the second edition of the BPL, a Twenty20 tournament which took place in February and March this year.

The ICC said the identities of the nine charged will not be revealed until the conclusion of disciplinary proceedings.

However, former Bangladesh captain Mohammad Ashraful asked for forgiveness "for all the wrong-doings that I have committed" as the ACSU investigation was taking place.

The 29-year-old added he had "come clean to the ICC investigating team and co-operated with them completely".