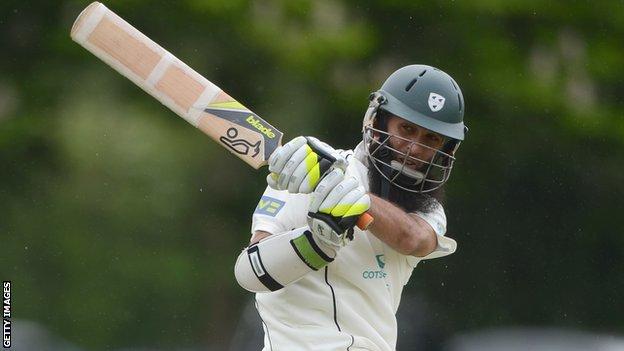 After reaching his 1,000 first-class runs for only the second time, 26-year-old Moeen has been named in the Lions squad to face Australia in Friday's two-day tour game at Northampton

"But it's just another game and you've got to do the best you can without putting extra pressure on yourself."

Moeen's call-up comes amid an excellent summer in Division Two of the County Championship for the Birmingham-born player, with a first-class average of 63.50 from 12 matches.

His form, already recognised by the England selectors, could lead to inclusion in the Lions tour squad this winter, but Moeen is keeping his feet on the ground.

"I don't like to think too far ahead," he said. "It's something that, if it comes, it comes. It just shows that the selectors have already acknowledged that I'm doing all right.

"If I keep doing well then hopefully I can get on the tour, but I've still got a month and a half left with Worcestershire."