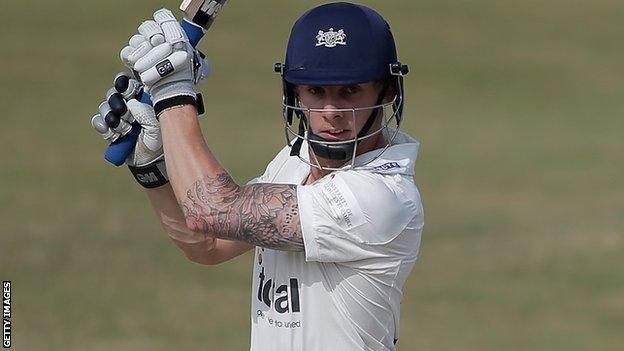 Batsman Chris Dent has signed a new two-year contract with Gloucestershire to keep him at Nevil Road until the end of the 2016 season.

The Bristol-born 22-year-old came through the county's second XI and has played 47 first-class games.

Meanwhile, Gloucestershire have extended the loan of Middlesex bowler Tom Smith until the end of the season.

The 25-year-old was initially signed as injury cover for their FLt20 campaign but has since been made available for the remaining matches in their Division Two and YB40 campaign.

However, Smith will not be able to feature against his parent club in the 40-over match at Lord's on Thursday.