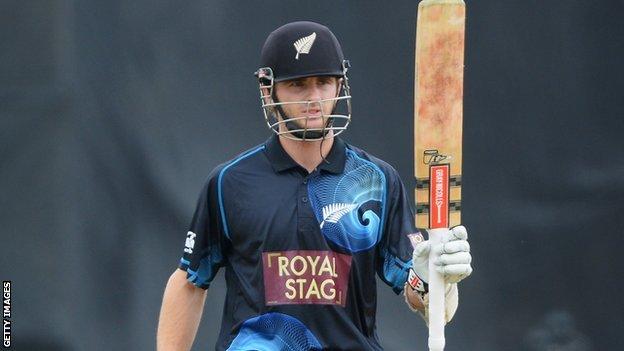 Yorkshire have signed New Zealand international batsman Kane Williamson on a deal until the end of the season.

The 23-year-old, who averages just over 40 in first class cricket, has previously played in the County Championship for Gloucestershire.

"We felt we needed to boost our batting options going into the end of the season."

He added: "We're looking forward to having him in our dressing room and hopefully our players can learn from him. We're excited he's agreed to join us."

The Headingley side are 10 points clear at the top of the County Championship Division One with five matches remaining.