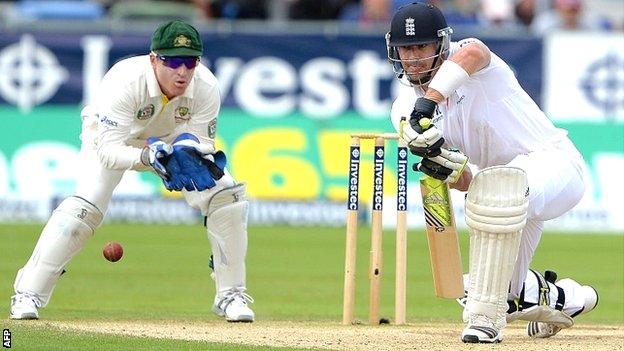 England batsman Kevin Pietersen has had a precautionary scan on his right knee but is available to be selected for the fifth Ashes Test against Australia at The Oval starting on 21 August.

The procedure was part of an ongoing monitoring process following the suffered by the 33-year-old in February.

Pietersen will receive treatment for the rest of the series and beyond.

He has batted at number four in each of the first four Tests.

Pietersen has scored 276 runs at an average of 34.5, with a highest score of 113 as England won the series, leading 3-0 with one Test remaining.

He was only passed fit to play in the third Test at the last minute after overcoming a and has missed three out of eight Tests this year because of injury.

England boss Andy Flower has said the right-hander in order to extend his international career.

Flower's side with a 74-run victory at Chester-le-Street.