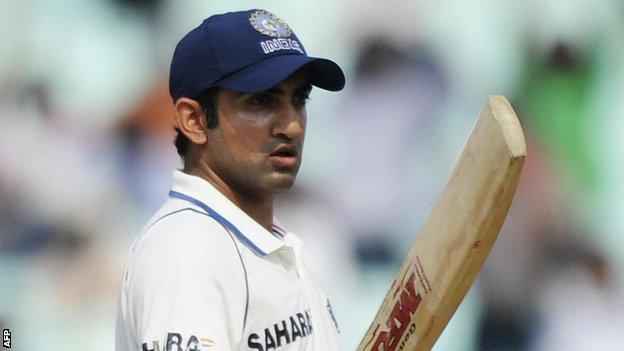 Essex have signed India opening batsman Gautam Gambhir for the remainder of this season's County Championship and YB40.

"I am delighted to have this chance to make my county cricket debut with Essex," he said.

Gautam is a player with real pedigree, which has been showcased on the biggest stages in world cricket

"I am thankful to Essex for presenting me with this option and BCCI [The Board of Control for Cricket India] for allowing me to participate in county cricket.

"I hope I can make some meaningful contributions to Essex in the ongoing season."

Gambhir made his Test debut against Australia in 2004 and has gone on to complete nine centuries and 21 50s.

The left-hander, who plays for Delhi in India, has 11,274 first-class runs to his name across a 14-year career and is expected to make his Essex debut against Northamptonshire in Tuesday's Division Two match.

Essex head coach Paul Grayson said: "Gautam is a player with real pedigree, which has been showcased on the biggest stages in world cricket.

"He will no doubt bring his experience to the squad during an important stage of the season for us in the County Championship and YB40 competition."