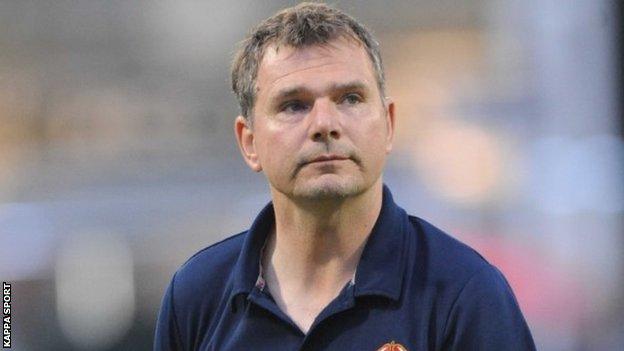 Northamptonshire head coach David Ripley has said his side will benefit from their underdog tag in Saturday's FLt20 finals day.

Northants, who are rated as outsiders to win the title and were seen as long shots before the competition started.

"We love being the underdogs. We've used it in our favour all season," Ripley told BBC Radio Northampton.

"We've used that all season. It's doesn't bother us at all."

He added: "We were more than 30-1 at the start. We were rank outsiders for the championship.

"We'll get away with being underdogs as long as we can."

Despite little fanfare over the winter, Northants are pushing for promotion from County Championship Division Two and are in contention to progress from their YB40 group.

It could well be the Wantage Road side's best season in two decades, with a Division Two title in 2000 their only accomplishment since winning the domestic one-day championship in 1992.

"We're only two games away from making a bit of history for the club," added Ripley, who is in his first full season at Northants.

"It's 21 years since we last won a major trophy. It's very exciting we've got an opportunity to do that on Saturday.

"It's about trying to make sure the players get the right balance between expressing themselves and not getting gripped by fear.

"We need to start well and use our experienced players to get us out of the blocks."