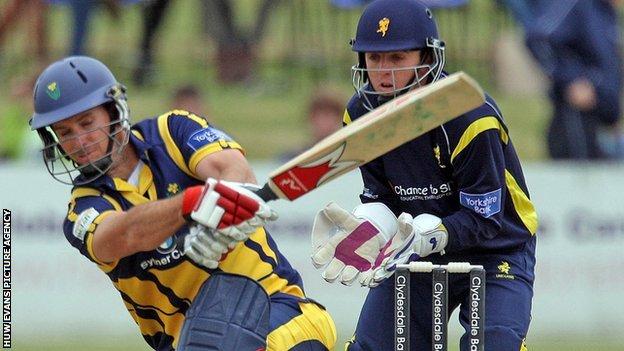 Jim Allenby has signed a new four-year deal that keeps him at Glamorgan until the end of the 2017 season.

Having said it is such players remain chief executive Alan Hamer is delighted to have secured Allenby .

"He is a key member of our playing squad," said Hamer in a statement on the Glamorgan website.

"[The] announcement re-affirms the club's determination to become a successful first-class county.

"We remain committed to retaining our best players and to challenge strongly in all forms of the game."

Australian-born Allenby said: "I am extremely happy to commit the next four years of my playing career to Glamorgan and look forward to working with the playing squad and coaching staff to bring success back to this club."

Having joined from Sussex in 2012, Goodwin triggered an automatic 12-month extension to his one-year deal after surpassing performance-related targets.

But the Zimbabwean wants the stability of a two-year deal and has said he will keep his options open.