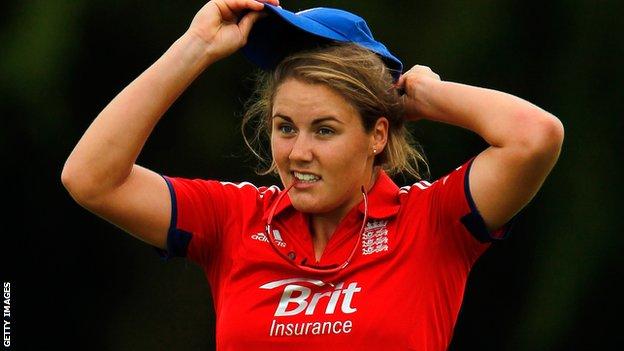 Natalie Sciver has been called up to England's Ashes squad for the three one-day internationals and three Twenty20 matches against Australia.

The 20-year-old Surrey bowler replaces Georgia Elwiss, who has failed to fully recover from a back problem, in the 14-strong squad.

Sciver was originally only named in the Test side, as England drew the only four-day match at Wormsley.

A new points system has been put in place this summer to determine the overall winner of the Ashes.