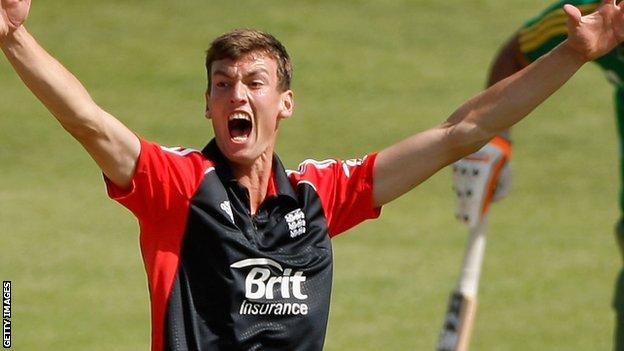 Essex bowler Reece Topley will swap spectating for playing at FLt20 finals day on Saturday in the "biggest day" of his career.

The 19-year-old England prospect, the competition's third highest wicket taker, will line-up against Northamptonshire in the first semi.

"It's probably the biggest day of my career so far," he told BBC Essex.

"Having once dominated one-day cricket, the T20 title remains the one piece of silverware Essex are yet to capture. This could be their year but they can't keep relying on individuals."

"I've been to the last two finals days just as a spectator but I'm really looking forward to it this year."

He added: "It's going to be quite a big day for myself and my family and they're all coming up to Edgbaston to watch."

Essex have endured a season of sickening lows, including their and

But the campaign is actually turning into one of their most successful for years, with promotion from Division Two of the County Championship and progress from the YB40 group stage still a possibility.

"Many people write us off as soon as we lose one game in all competitions," said Topley.

"We got bowled out for 20 not long ago and 70 in the T20 but we're still fighting on all three fronts.

"If we're still in all three competitions then we've still got a chance and we're going to push hard."