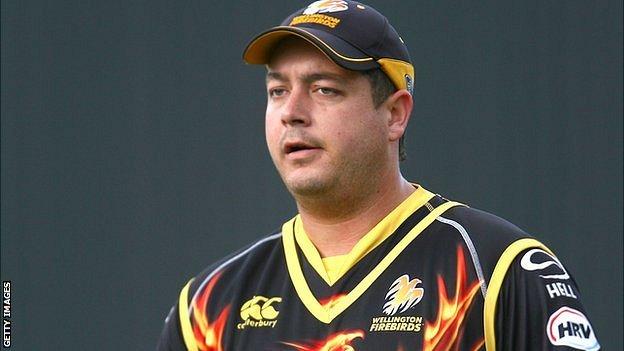 New Zealand batsman Jesse Ryder described himself as "devastated" after being banned for six months for an anti-doping violation.

Ryder tested positive for two banned stimulants in March and was handed a provisional suspension on 19 April.

His hearing eventually took place on 9 August but he is eligible to resume his career on 19 October.

While everyone is aware of my well-documented battles with alcohol, it's important for me to state that I abhor drug use of any kind

"I've never taken drugs and to be in this situation distresses me greatly", the 29-year-old said.

Ryder has not played since he was assaulted in March while he has not represented New Zealand for 18 months.

He could have been banned for two years for the offence but the Sports Tribunal of New Zealand accepted Ryder had not intended to cheat.

"I'm devastated by this situation," Ryder said in a statement issued by the New Zealand Cricket Players' Association.

"I simply took the supplement alongside a training programme I was completing to help me lose weight.

"Whilst everyone is aware of my well-documented battles with alcohol, it's important for me to state that I abhor drug use of any kind, both recreational and performance-enhancing in sport."

Problems with alcohol and poor discipline have limited Ryder to 18 Tests and 39 one-day internationals since he made his debuts in 2008.

Earlier this year Ryder was left in a medically induced coma after being attacked as he left a Christchurch bar.