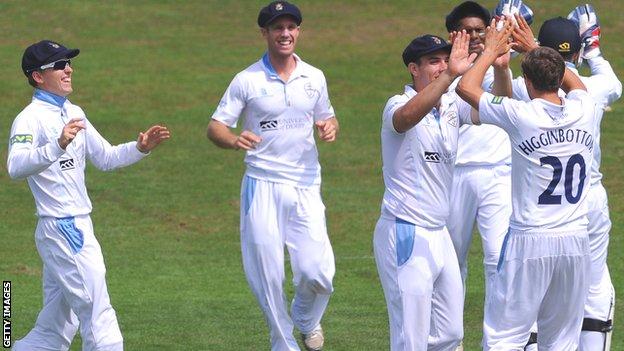 Resuming on 279-6, Derbyshire were all out for 385 with Wayne Madsen (138 not out) adding 33 to his overnight score and Tim Groenewald contributing 49.

Higginbottom (3-51), playing in his fifth first-class match, was the stand-out bowler for the hosts.

"This was Derbyshire's day as first they added 106 runs in the morning session and then reduced Middlesex to 197-6.

"Derbyshire will hope to wrap up the Middlesex innings early tomorrow morning and have the opportunity of enforcing the follow-on, although they may prefer to try to bat Middlesex out of the game and press for victory on the final day."