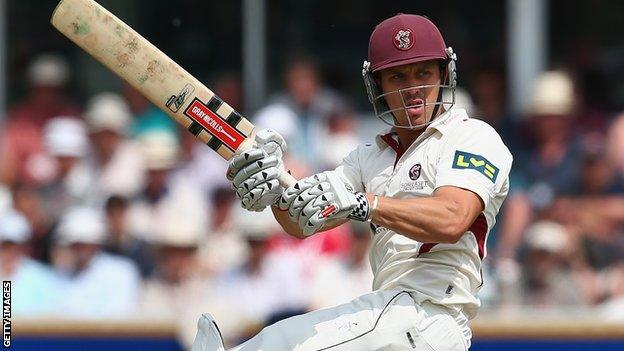 Nick Compton has ended speculation about his future at Somerset by signing a new three-year contract.

The 30-year-old, who has appeared in nine Tests for England, was

for Compton and team-mate Jos Buttler, but the opener has chosen to remain at Taunton.

"I'm aware of interest from other clubs but I've played some of my best cricket here," he told the club's website.

South Africa-born Compton made his England debut against India in November 2012 and scored two Test centuries on the tour of New Zealand that followed.

But a poor home series against the Kiwis, during which he led to him being replaced by Yorkshire youngster Joe Root at the top of the order for the start of the Ashes series against Australia.

"I'm grateful to the club and its members, who have given me such great support," said Compton, the grandson of ex-England batsman Denis.

"I've enjoyed my three years with the club and feel settled by having such a great team and support network around me.

"I want to continue to grow as a player so I can be at the top of my game over the coming seasons."