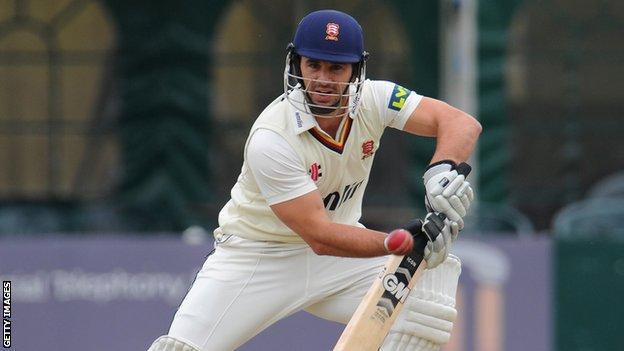 Graham Napier continued his good form with 45 as James Middlebrook and the returning Trent Copeland both took three wickets for the visitors.

With no chance of a result the captains shook hands with Northants on 54-0.

After the whole of day three was lost to rain and with both sides unwilling to try and force a result, the draw was guaranteed as Ten Doeschate and Foster dominated the Northants attack in the morning session.

The Netherlands international, 47 not out at the start of play, moved to his century off 143 balls, with nine fours and a six, before falling to James Middlebrook the very next ball.

Former Essex man Middlebrook then dismissed Foster five short of a deserved century before Napier and David Masters (37 not out) made the game safe.

With time running out, Northants faced just 13.4 overs in their second innings as Middlebrook (32no) and Stephen Peters (19no) went through the motions.

The result leaves Northants in second place in Division Two, 31 points ahead of Essex who occupy third.