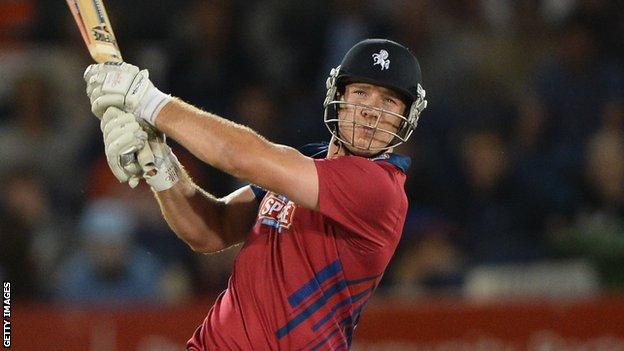 The England Lion, 23, has turned down a new deal at Canterbury and will leave the county at the end of the season.

Krikken told BBC Radio Derby: "We have spoken to him and his agent but it is early days so we will see.

"There will be other counties interested. I worked with Matt in India in the winter, he is a hell of a talent and he would be a good addition."

Kent chief executive Jamie Clifford says they are resigned to losing Coles, who came through the academy at Kent.

"You can't stop a player moving from club to club and if that is the conclusion they come to then we have to accept that," Clifford told BBC Radio Kent.

"Every player has to consider where their future best lies. It is disappointing when a home-grown player moves on but it is now a part of 21st Century cricket.

"You can't help having a stronger feeling about those who you have seen grow up from little lads into professional cricketers. That is why it is quite difficult to take."

But Clifford says Coles will be expected to play first-team cricket until the end of the season - if selected.

"Jimmy has a squad of players and he and the captain [James Tredwell] sit down and work out selection," he added. "I don't really want to interfere with that process.

Coles came through the club's academy and made his debut in 2009.