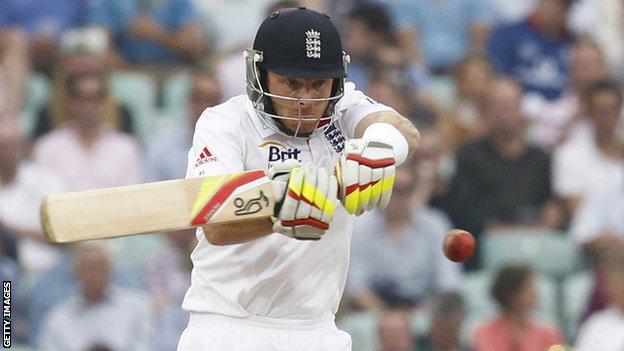 With England's home Ashes series concluded, former England captain Alec Stewart gives his player ratings for the hosts, while below Test Match Special commentator Jim Maxwell does the same for the tourists - each with an eye on this winter's rematch.

Congratulations to England for their superb 3-0 Ashes victory over Australia.

The players will be the first to admit that they haven't played to their full potential, but to win their third Ashes series in a row by such a handsome margin is a tremendous achievement.

Despite the tourists' improvement over the course of the series, I still think Australia have the bigger questions to answer and that England will start as favourites down under. 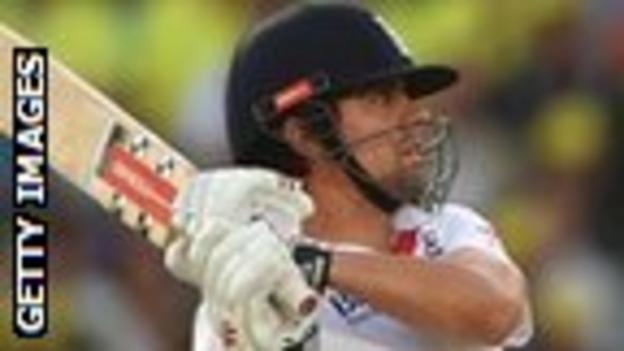 By his own very high standards, Cook has had a quiet series. Despite passing 50 three times, his failure to reach three figures will have caused him and the dressing room concern. But he led England to success in his first Ashes series as captain, which should not be overlooked. 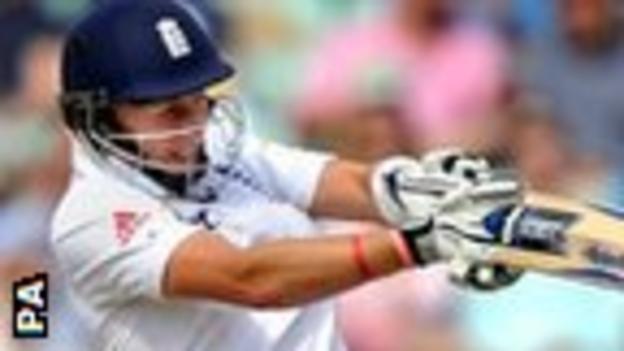 Promoted to open after a promising start to his Test career batting in the middle order. His 180 at Lord's was the obvious highlight but he found the challenge of facing the new ball tough. Nonetheless, his introduction to Ashes cricket will stand him in good stead for the return series. 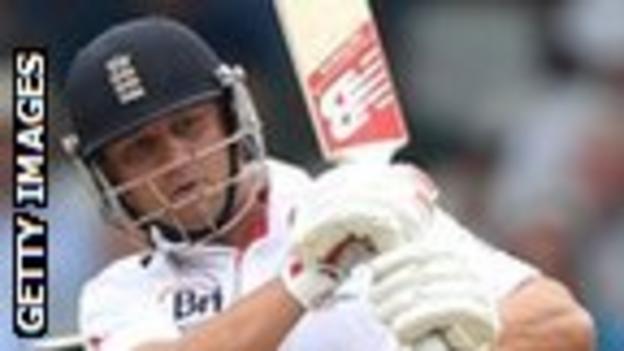 Like Cook, he failed to reach the levels we have come to expect from England's established number three. All players go through dips in form but I expect Trott to come back stronger from this ordeal. 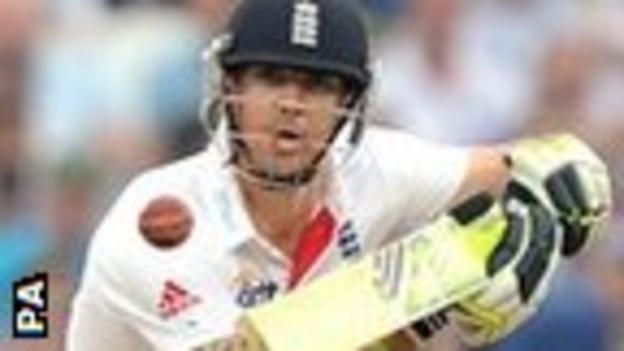 His return from a serious knee injury gave the team a huge lift, and his outstanding hundred at Old Trafford plus his rapid half-century at The Oval underlined his world-class qualities. I expect even more from him this winter. 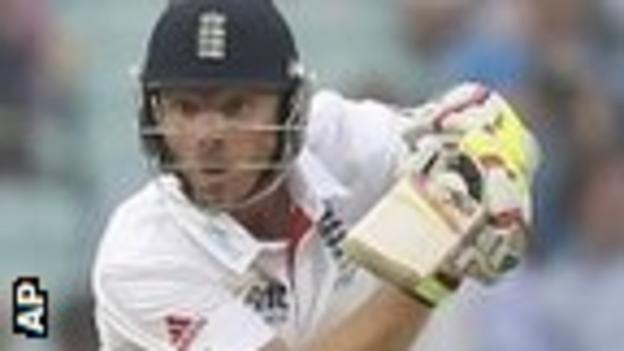 Quite simply the player of the series. His three hundreds, all scored when it really mattered, were the difference between the two teams. In the form of his life. 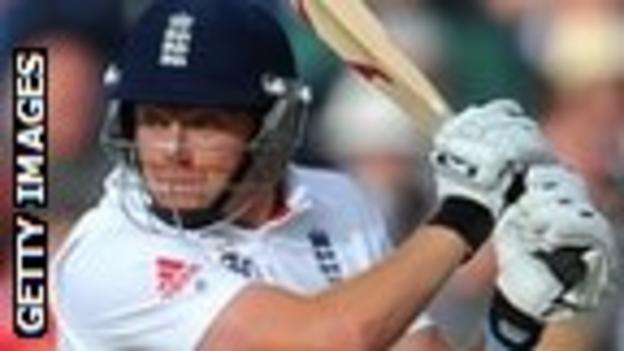 Mentally strong, but has technical issues to resolve at the highest level. He got off to several starts but still hasn't established himself in the England middle order and not playing in the final Test match at the Oval will not have helped. 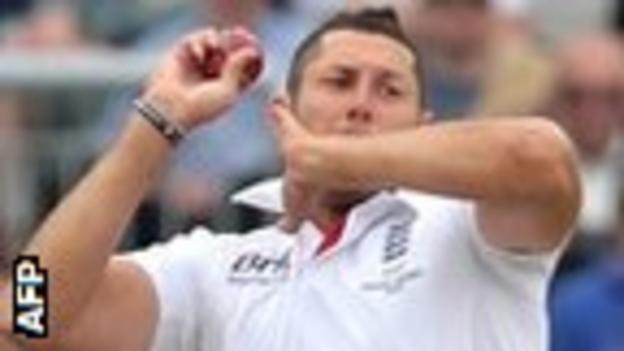 One of England's unsung heroes, he made important contributions with bat and ball in Durham. His all-round value to the team was shown when England struggled in his absence at The Oval. 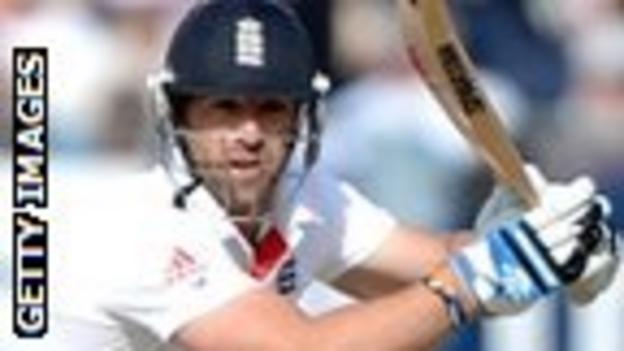 Since being named England's 2012-13 player of the year, Prior's overall performances have been well below the standards he has set himself. He must continue to take the attacking options, which have served him so well in the Test arena. 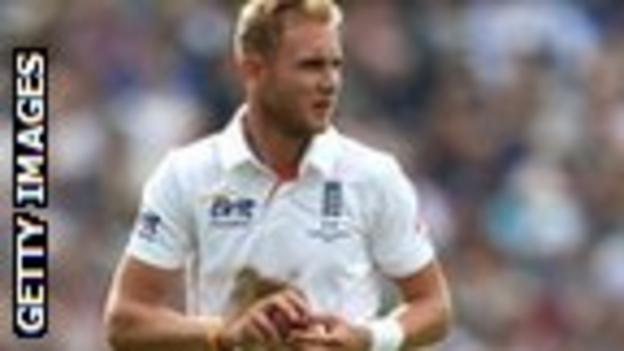 His devastating 45-ball spell of 6-20 in Durham to secure the series win was the highlight of a good series with both bat and ball. The furore over his non-walking at Trent Bridge did not appear to affect him mentally, suggesting he will cope with all that is thrown at him down under. 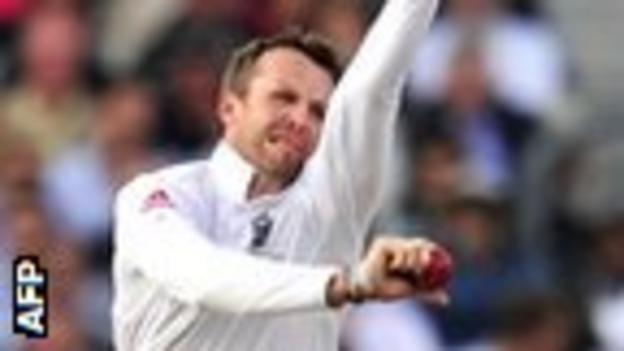 Underlined his standing as one of the best spinners in the world. He created problems on all surfaces to both right and left-handers and was one of the major reasons behind England's convincing margin of victory. 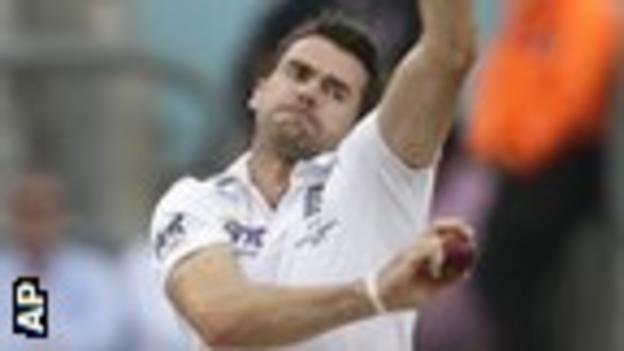 Anderson was England's match-winner at Trent Bridge and after quiet Tests in Manchester and Durham, he rebounded at The Oval to become his country's second-highest wicket-taker. 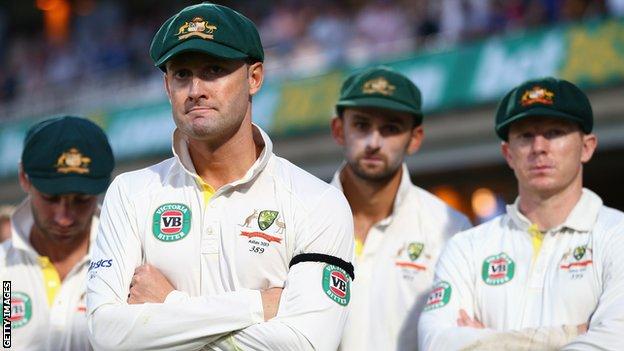 Australia finished the 2013 Ashes in better shape than they started it and looked like they had finally settled on a batting order.

The one position they still need to fill for the return series down under this winter is the number six slot and I expect the contenders to be Western Australians Adam Voges and Shaun Marsh, and Tasmanian Alex Doolan.

If the bowlers stay fit and the pitches suit the fast men, Australia can regain the Ashes. 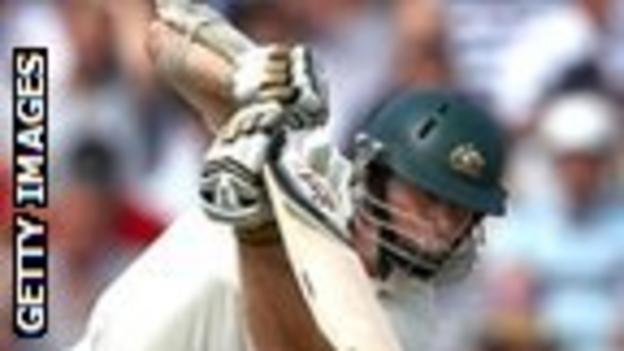 Experience counts for everything. A great blunter of the new ball, but needs to sharpen his game against Graeme Swann. 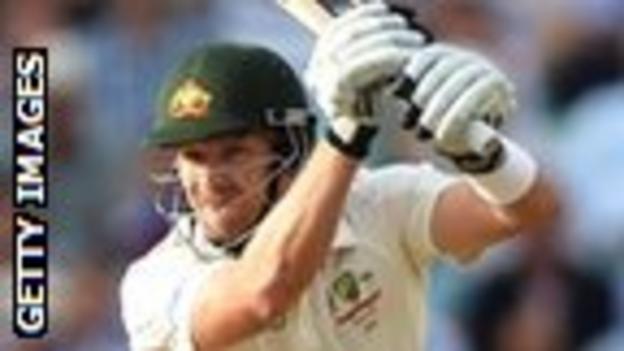 Mercurial and influential, but was his 176 at The Oval an aberration or a positive sign? No future as an umpire. 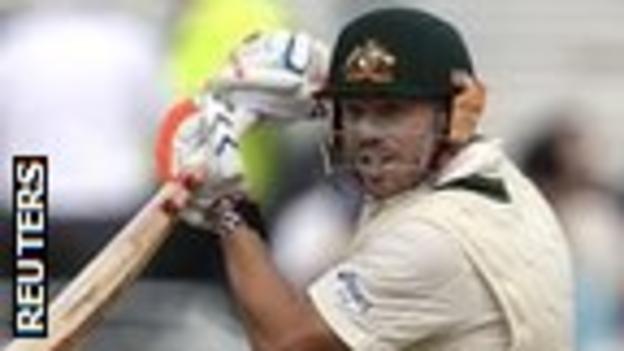 Went on walkabout but when he returned from Africa, he invigorated the batting and returned England's sledgers with interest. 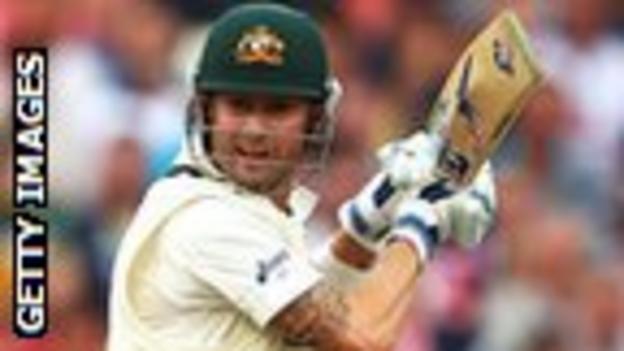 Australia's most reliable batsman now has to watch his back as he contemplates a one-day grind before the next Ashes series. Other than at Old Trafford, he looked vulnerable. 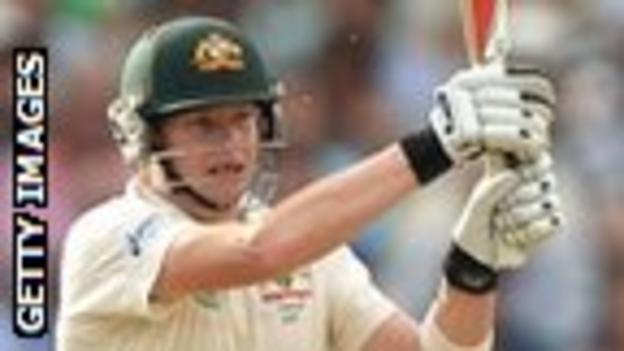 No, to answer to England's questions, he's not Allan Border or Steve Waugh but he has matured into an influential cricketer and smarter batsman. 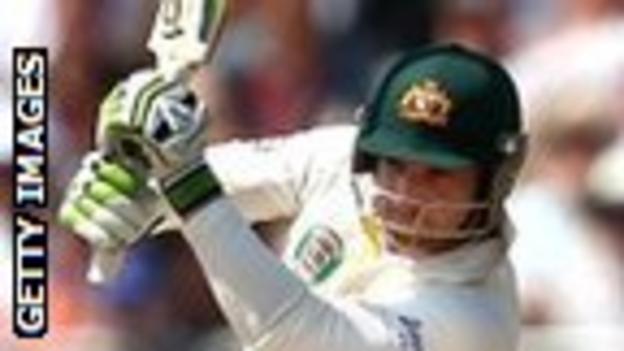 Despite his 81 not out at Trent Bridge, he looked hopeless against Swann and being left-handed he was spurned after two Tests. He still has a future but should go on Dancing with the Stars to help his footwork. 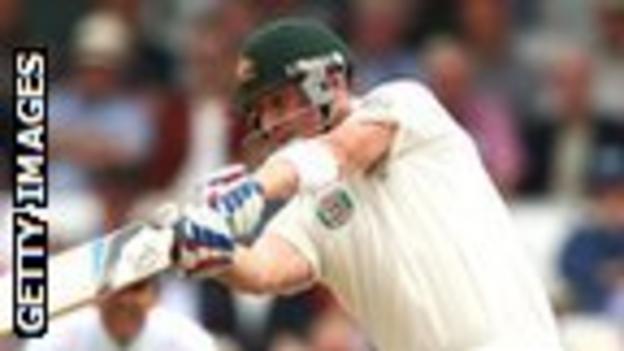 The best wicket-keeper batsman in the series. He almost won the first Test at Trent Bridge and will keep his successor Matthew Wade waiting a bit longer. 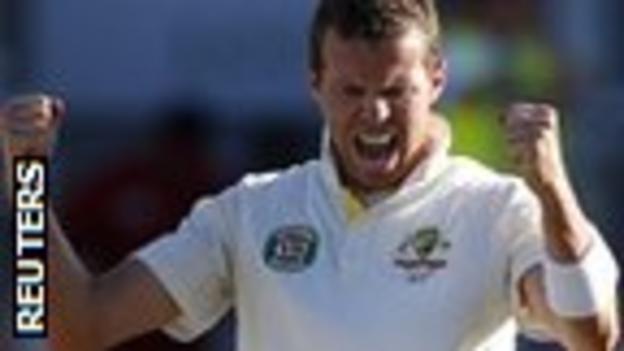 Watching Peter Siddle in action might even convince the most carnivorous fast bowler that 14 bananas a day is a good idea. The man is tireless. 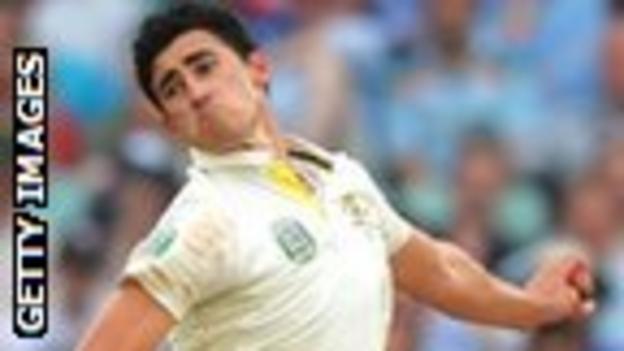 Showed glimpses of his strike power but needs more consistency and inswing to become a match-winner. 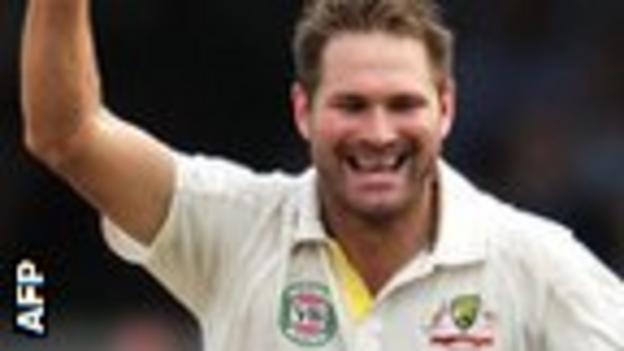 Australia's major weapon. A high-class fast bowler, who amazingly played four Tests in a row despite his injury-prone past. Australia need a repeat performance down under. 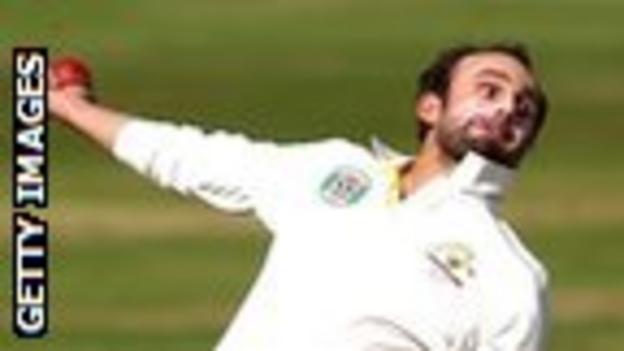 Vanquished then revitalised, Lyon needs to trouble Ian Bell as much as he troubles Kevin Pietersen to be a major influence in the next series. 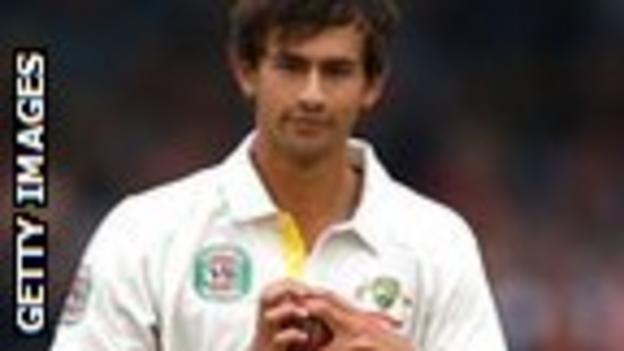 If Agar turns out to be as good a bowler as the batsman who made 98 on debut, he'll play 100 Tests. Needs to gain more experience before he can become a Test regular. 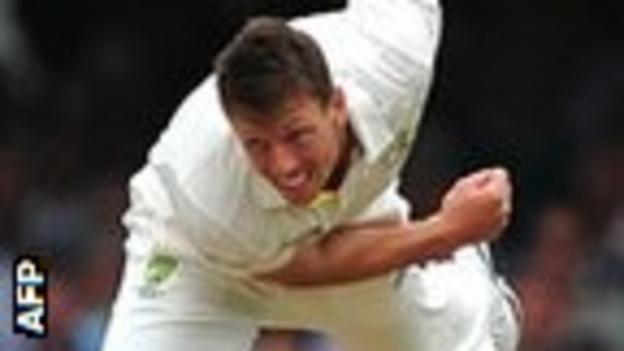 A younger version of Harris, who will hopefully toughen up and become the influential bowler Australia needs at home.