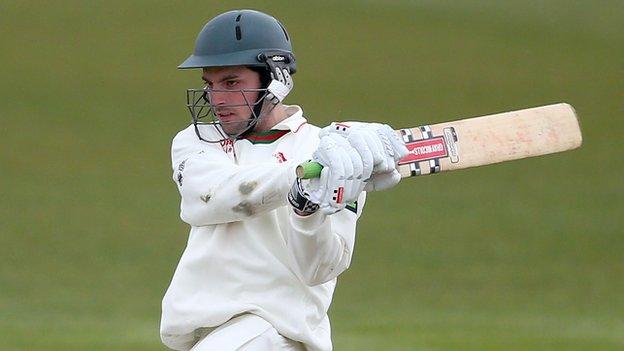 Leicestershire opener Ned Eckersley hit his third first-class century of the summer to help them have slightly the better of day one against promotion outsiders Worcestershire at Grace Road.

Visiting paceman Alan Richardson claimed his 50th wicket of the season before returning in the final session to remove Eckersley for 106.

But it was otherwise a good day for the bottom club at Grace Road.

Josh Cobb made 44 as winless Leicestershire closed on 270-7.

Eckersley survived a sharp chance to gully when he had made 16 and was also dropped by Moeen Ali on 29, but he survived to hit only the fifth first-class century of his short career.

He Oxford-born 24-year-old also passed the still much-prized 1,000 first-class run mark for the summer, becoming the first Leicestershire batsman to do so in the County Championship since Will Jefferson in 2011.