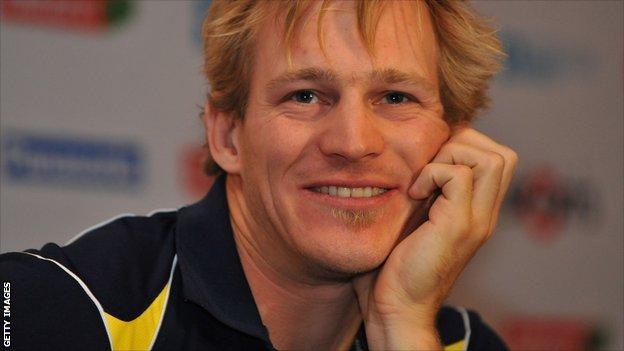 Hampshire captain Jimmy Adams has hailed the consistency of his side after they qualified for the semi-finals of the YB40.

Defending champions Hampshire will host Glamorgan on 7 or 9 September, with the final at Lord's on 21 September.

And Adams has urged the county to continue their fine form in the competition.

"We've been a strong one-day side for a while and we need a trophy to show that," he told BBC Radio Solent.

Adams says they will not underestimate the challenge awaiting them at the Ageas Bowl from their Welsh opponents next month.

"We're happy to get a home semi," added Adams.

"Glamorgan have gone well in this competition this year and they have some dangerous cricketers. The guys are aware we need to up our game.

"But we are delighted we are through and hopefully this a competition we can push that little bit further. It's a testament to the consistency of the squad and everyone has contributed."

The semi-final will also provide a fitting send-off for Dimitri Mascarenhas, who is retiring at the end of the season after an 18-year association at the club.

With a four-day appearance unlikely it could be his final match at the Ageas Bowl.

"It's great for him we're still in it," added Adams.

"We've got one more home game for him to play in front of the home fans."