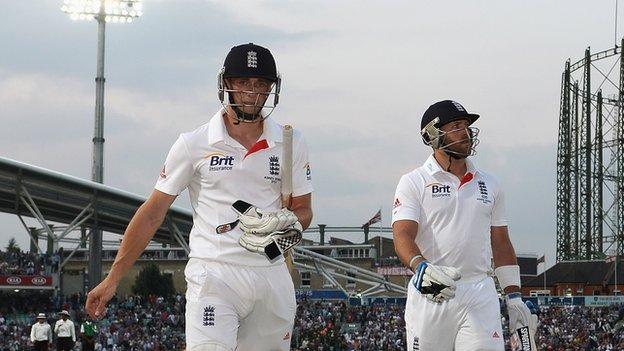 Along with Bears team-mate Ian Bell, Woakes was on the verge of becoming an Ashes Test match-winner at The Oval on Sunday until bad light intervened.

But, while Bell has now been rested for the forthcoming one-day internationals, only Woakes is back on county duty.

Sussex not keen on Birmingham

The Bears lose skipper Jim Troughton, who is sidelined with a back injury.

Warwickshire's title-winning captain suffered the injury during the FLt20. But, after playing in last Monday night's YB40 home defeat by Worcestershire, he then pulled out of the following day's Championship game against Somerset, to be replaced at late notice by Darren Maddy.

And, although being monitored by the physios on a daily basis, the injury is not something on which Warwickshire can yet offer a timescale.

That means Troughton remaining sidelined, having this time been left out of their 13-man squad completely, leaving England Lions batsman Varun Chopra to stand in once again as skipper.

As for Woakes, having been ignored by England's one-day selectors, while fellow paceman Boyd Rankin and Bears batsman Jonathan Trott did get the nod, the all-rounder is now free to play in all the Bears' last four Championship matches.

But a win for Durham, who also have a game in hand, could yet blow open the title race for a Bears side denied by the weather against Somerset, with Dougie Brown's side just 66 short of their target.