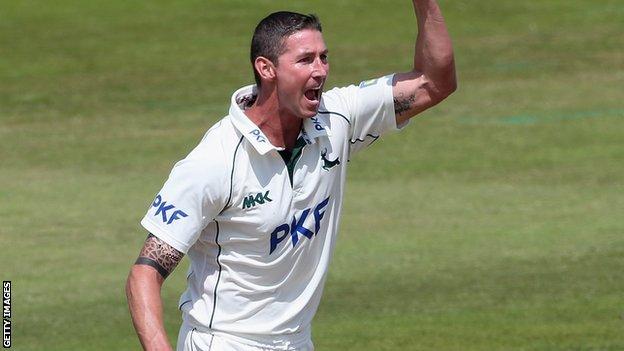 Veteran bowler Ben Phillips has been released by Nottinghamshire after three years at Trent Bridge.

The seamer has only played 16 first-class matches, taking 33 wickets, since joining the club from Somerset in 2011, and will not be offered a new contract.

Director of Cricket Mick Newell said: "I'd like to thank Ben for his three years at Trent Bridge,"

"He's been a great role model for the younger members of the squad and we wish him all the best in the future."

The 38-year-old, who has also had a spell with Northants during his career, recorded his best figures for Notts of 4-33 against Durham in April 2012.

"I've really enjoyed my time at Trent Bridge and hope that the team go on and enjoy success in the future," he said.