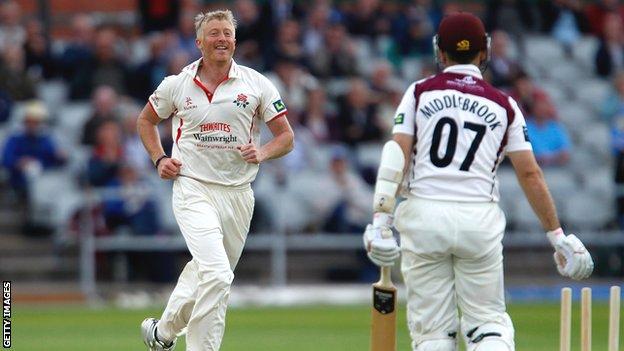 Lancashire captain Glen Chapple has confirmed he will play on next season as he approaches his 40th birthday.

The veteran seamer, who in May, is currently in his 22nd season with the Red Rose county.

Chapple has claimed 49 victims for the Division Two leaders in 2013.

Moores continued: "He looks as fit as he's ever done and he's certainly not lost any pace. If anything, he seems to have gained it."

Although relegation followed a year later, his side are in a strong position to seal an immediate return to the top division.

Many believe paceman Kyle Jarvis, who was signed with a view to being Chapple's long-term replacement.

"I've seen a little bit of him," said Chapple, who turns 40 in January.

"He bowls with good pace and looks like he's got good skills. Hopefully he's the kind of bloke who loves playing cricket and wants to play at a good club for a long time."