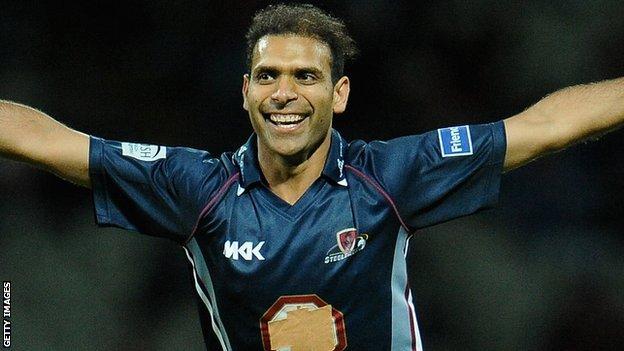 Muhammad Azharullah has signed a new two-year contract with Northants after impressing in his debut season in county cricket.

As well as his Twenty20 success, the pace bowler has also taken 15 wickets in the County Championship at an average of 26.40 and 15 YB40 wickets at 17.20 thissummer.

His form, combined with the fact that his contract was due to expire this winter, led to speculation he could leave Wantage Road.

"I am excited about where the club is going and what we can achieve with the group of players we have," he said.

"We have won one trophy and hopefully we can get promoted this season too. I want to repay the faith the club has shown in me and I have a desire to keep getting better, and help bring more silverware to Northants."

Smith added: "The environment is really good at this club at the moment, we've got bags going for us. So why would he want to go? I do understand there was interest from other counties and quite rightly so."