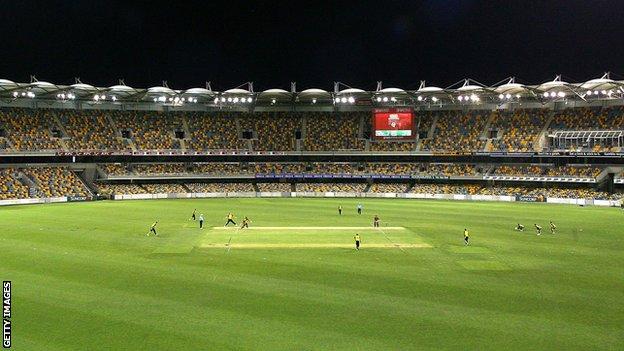 Day-night Test matches could be played in Australia in two years' time.

Cricket Australia (CA) has announced plans to stage a round of floodlit first-class Sheffield Shield matches, using a pink ball, this season.

South Australia, Queensland and Victoria will host the trial games. If they are successful, a floodlit Test could be played as soon as 2015-16.

This is all about the fans. Cricket can't afford to sit on its hands and must keep working hard to ensure Tests remain the most popular form of the game

In a statement released on Thursday night, CA said round nine of its domestic tournament - the equivalent of England's County Championship - would feature day-night games.

"There is a lot of work to be done and nothing is guaranteed," added Sutherland.

"We've also had some discussions with New Zealand Cricket to gauge their interest in the concept over the past few weeks given they are due to tour Australia in late 2015."

The commercial success of Twenty20 cricket, typically played during the evening, has led some to question whether the five-day game needs to adapt.

Sutherland thinks cricket cannot afford to have its prime events played while most supporters are at work.

"This is all about the fans," he said. "Cricket can't afford to sit on its hands and must keep working hard to ensure Tests remain the most popular form of the game.

"There isn't a major team sport in the world that schedules the majority of its premium content during the working week. At least three days of a Test are played when adults are at work and kids are at school.

"No doubt there will be some resistance along the way but for the sake of growing the game in the long term, cricket needs to address the hurdles standing in the way of day-night Test cricket in a rational, mature way."