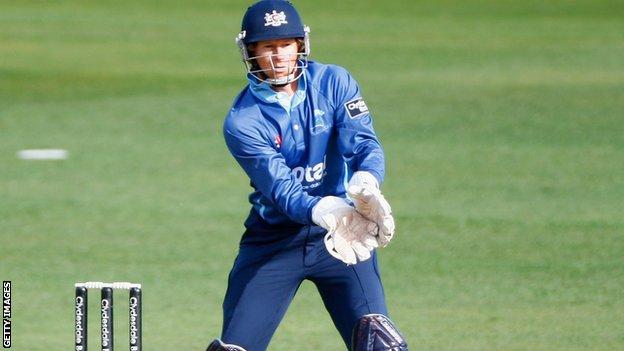 Former Surrey and Gloucestershire wicketkeeper Jonathan Batty is to return to first-class cricket for Northants against Hampshire this week.

The 39-year-old, who retired at the end of last season, has agreed to provide emergency cover for the club.

"We were slightly snookered so we had to go outside the first-class game."

Northants were unable to borrow a wicketkeeper from another county because the loan window closed last Friday.

Smith continued: "This is purely a one-match cover to ensure that we are not in a difficult situation,

"John has been playing cricket throughout the summer months so we felt he offered us good cover."

Batty made his first-class debut in 1994 and has scored 9,673 runs, including 20 centuries, taken 605 catches and completed 68 stumpings.