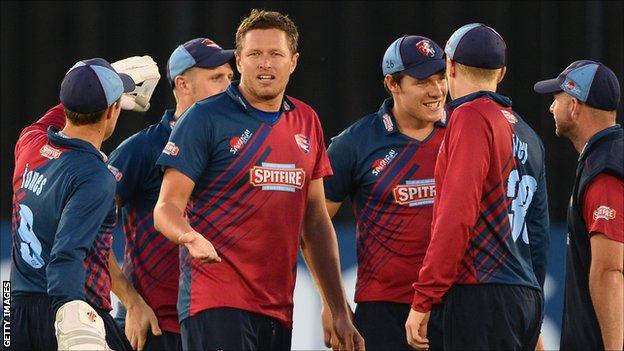 Kent have announced the signings of Durham seam bowler Mitch Claydon and Hampshire paceman David Griffiths for the 2014 season.

Claydon, 30, took 22 wickets during a three-month loan spell at Canterbury this season.

Griffiths, 27, came through the academy at Hants and made his debut in 2006.

"All are ambitious players who seek a positive environment in which to develop their talent," he said. "They are also ambitious for the club and keen to play their full part in all aspects of developing a winning culture.

"Within the group there is a mix of youth and experience, with players coming through the Kent system and others seeing Kent as the place to fulfil ambitions - a blend that is essential in a squad.

"We continue to look at the balance of our squad as there remain players who are out of contract at the end of this season and discussions continue with them."