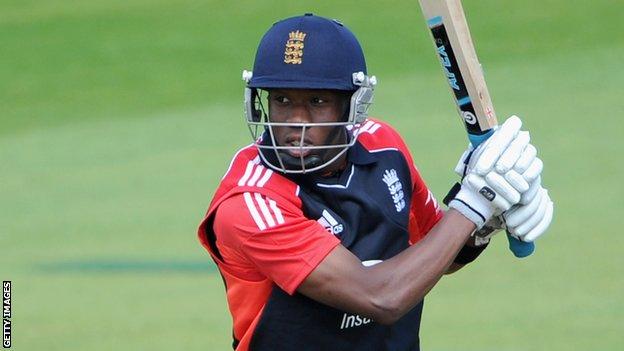 Kent batsman Daniel Bell-Drummond says signing a new contract with the county has given him security.

The 20-year-old was one of four youngsters to agree a deal for 2014 earlier this week.

He told BBC Radio Kent: "It gives me a lot of confidence going into the next few games and is really helpful for my winter plans.

"I can go abroad and know I have job security. I am happy I was able to get it sorted before the winter."

He added: "I'm very pleased. I have been at the club since I was seven and it is an honour to play for Kent.

"I would love to play here for the foreseeable future. As long as that can continue and I keep performing, I have no complaints."

The former England Under-19 international, who scored his maiden first-class century this summer, has revealed he has plans to play in Australia over the English winter.

"I am looking to go to Brisbane," he said. "I am still finalising the dates and I am not sure of the club team yet as we are still sorting that out.

"It will be under a coach called Spud Murphy, who Kent have been in touch with.

"I will be working with him, although it won't be just me. I'll be training with him in the week and then playing club cricket at the weekends."