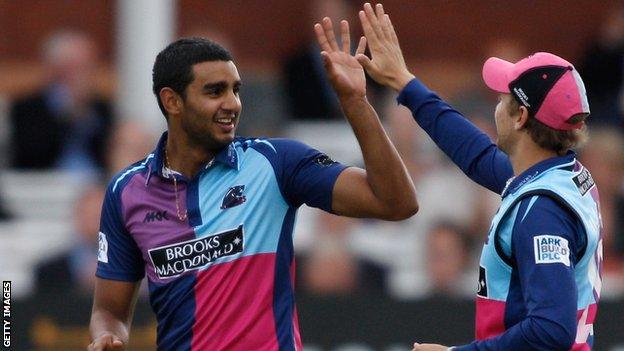 The 21-year-old came through the Lord's academy and has made eight first-team appearances in all competitions since his debut in 2011.

"Gurjit continues to make good progress and we believe he has a bright future ahead of him," Middlesex managing director of cricket Angus Fraser said.

"Being a left arm bowler he offers something different to our attack."

Fraser added: "He would have played far more white ball cricket for the first XI in 2013 had he not sustained a nasty hamstring injury at the start of the season.

"Under the guidance of Richard Johnson [Middlesex assistant and bowling coach] I am sure further progress will be made in the near future."