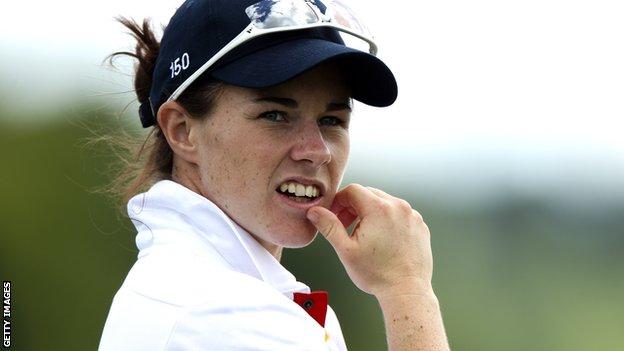 The 22-year-old played a crucial role with the bat in both the semi-final and final on Saturday.

She told BBC Radio Kent: "I had a bit of a disappointing Ashes series with England, so I wanted to prove I am a good county player and can perform.

"You have to back yourself and play to your strengths. That's what I looked to do and not make it too complicated."

The Dover-born wicketkeeper was dismissed for one in England's drawn Ashes Test match against Australia last month and played in the first one-day international, which Australia won, but then did not feature again in the series.

Beaumont hit 45 in Kent's semi-final win over Nottinghamshire and then followed that up with an unbeaten knock of 35 in the eight-wicket win over Sussex in the final at Preston Nomads Cricket Club.

"Every time we play Sussex it is a special occasion as there is a big rivalry between the two counties," she said.

"There have been some close-fought matches in the last few years so it is great to take the title off them although unfortunately they might take the 50-over title from us this season.

"That's the end of the season now for the county. Hopefully we can get both titles back next year."

Beaumont's next target is securing a place in the England squad for their one-day matches in the West Indies in October.

"I'm back in the gym up at Loughborough and training hard with my one-to-one coach," she added.

"Hopefully, I'll continue hitting the ball well like I did on finals day and then get picked on that tour.

"It's important to get out there and then put my name forward for a place in the team."