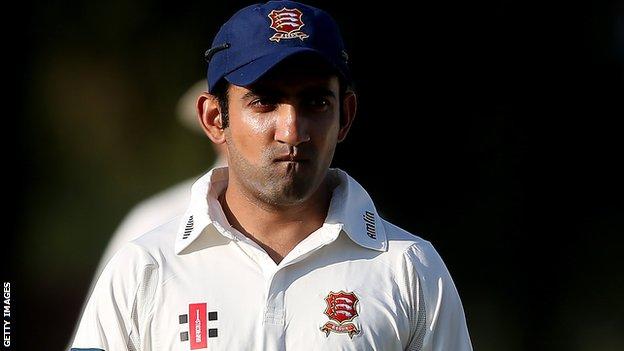 India opening batsman Gautam Gambhir will return for Essex's last three games of the season after a week of compassionate leave.

He will be available to face Kent at Canterbury on Wednesday.

Essex then face Glamorgan and Hampshire as they look to win promotion from the County Championship Division Two.

They currently have 159 points, 54 adrift of leaders Lancashire and 29 behind second-placed Northants - although Northants only have two fixtures remaining.

Gambhir had scored 137 runs in two Championship matches for Essex before his departure before his return home, but they included a century against Gloucestershire.