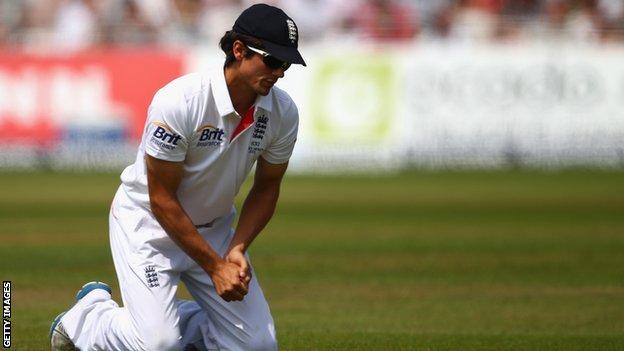 England captain Alastair Cook will not return to Essex this season to aid the county's promotion push.

Cook, 28, led England to an Ashes victory this summer and will instead focus on preparing for the winter Ashes tour to Australia in two months' time.

"If he was going to play some cricket I guess he'd be playing for England in the 50-over series."

There had been a hope that Cook, who averaged 27.70 could return for Essex's final County Championship game of the season against Hampshire.

The Chelmsford side are third in Division Two, but could close the gap on second-placed Northamptonshire to five points should they take maximum points from Wednesday's trip to Canterbury to face Kent.

Grayson saw his side take 23 of the 24 points available to maintain their hopes of promotion.

"We know if we can have a good four days and win this match against Kent we could be six or seven points behind Northants with two games to go.

"There's plenty to play for and the players are very aware of that."