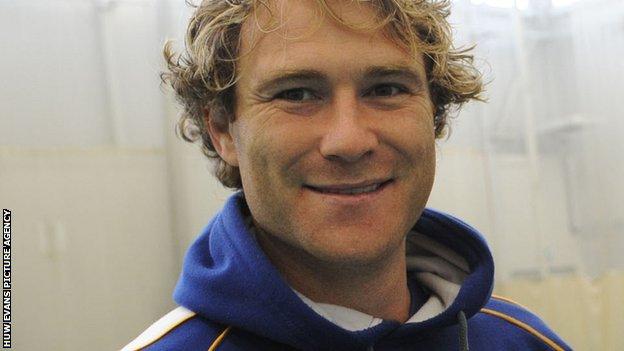 Kent and former Glamorgan batsman Mike Powell has announced his retirement from cricket.

The 36-year-old was released by Glamorgan in 2011 following 15 years with the Welsh county and joined Kent on a two-year contract.

In 2007 Powell was left fighting for his life after complications set in after he had a rib removed to solve a blood clot, but made a full recovery.

"The body cannot do what it used to do," said Powell.

"I could probably play on for a couple of years, but it's now time to move on in my life."

Powell helped Glamorgan to the 1997 County Championship, in his first season, before winning two one-day titles in 2002 and 2004.

He was called up for England's one-day squad in 2004, although he missed out on selection for a match-day XI.

His finest season came in 2006 when he scored 1,327 runs, earning him Glamorgan's Player of the Year award.