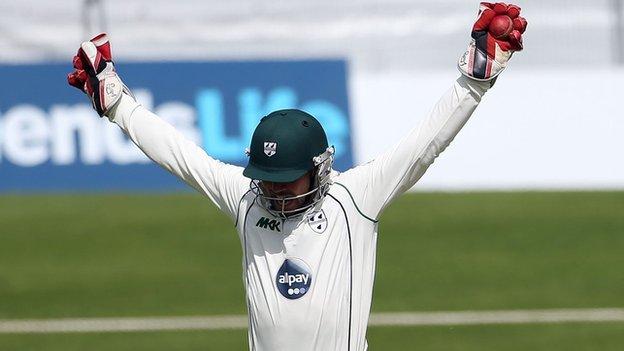 The county have also decided not to extend 20-year-old all-rounder Aneesh Kapil's contract.

"Releasing players from contract is always a difficult time and parting company with Aneesh and Michael is no different," said coach Steve Rhodes.

Johnson, 25, has made 10 Championship appearances this summer, making 184 runs at 14.15, but has lost his place in recent weeks to local boy Ben Cox.

Stourbridge-born Cox, 21, who made a half century on his debut as a 17-year-old schoolboy four summers ago, will be the Division Two county's first-choice wicketkeeper in 2014.

Wolverhampton-born Kapil has made 10 first-class appearances since making his county debut in August 2011, in which he has hit 240 runs at 16.00, including one half century, while taking eight wickets at 36.00.