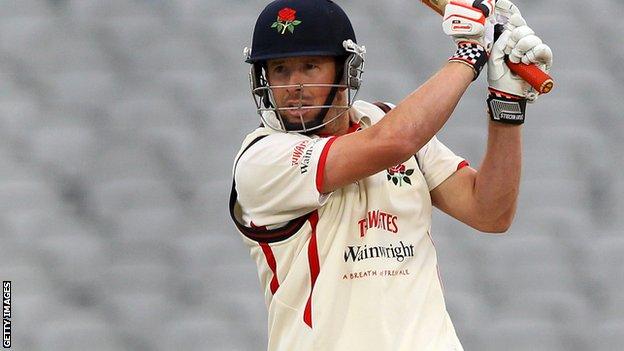 After a rain-hit first day, the hosts resumed on 92-0 and openers Horton and Luis Reece (50) went on to share 137 before the latter was dismissed.

If Lancashire win they can confirm their promotion to Division One.

"A second successive century from Paul Horton was the highlight of another excellent day for the Division Two leaders, who still have the chance of winning both promotion and the title this week.

"It was a superb knock from the stand-in captain, who will resume on 150, but the Red Rose have only another 13 overs to score 56 runs which they will need to do in order to be sure of claiming the 23 points required to clinch the title on home soil.

"Promotion is only a case of when and not if for Lancashire, who will hope the weather holds out over the next couple of days."