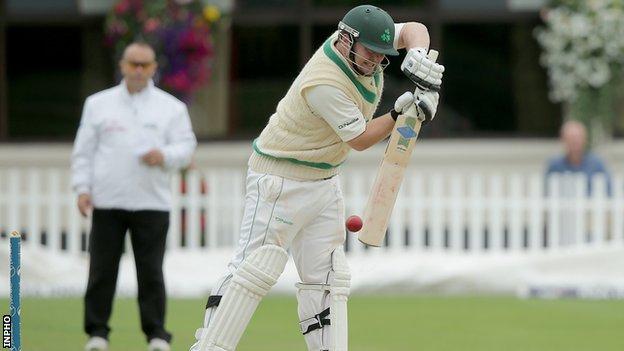 Ireland completed an innings victory over Scotland in the Intercontinental Cup game after taking the two wickets they needed on Saturday morning.

After starting the final day on 143-8 at Clontarf, the Scots were only able to add 20 more runs as they succumbed by an innings and 44 runs.

Max Sorensen's dismissal of Majid Had completed Ireland's win as the bowler finished with figures of 5-57.

Like Young, Sorensen took six wickets in the match.

Paul Stirling had top-scored in Ireland's innings with 65 as they made 350 on day three in reply to Scotland's first innings of 138.

Scotland again struggled with the bat and a William Porterfield catch from the final ball of the day left the tourists on 143-8, still 69 behind.

Earlier in the day a solid batting effort from Ireland saw them score 350 all out, with the top nine all reaching double figures.

John Anderson made 56 and Kevin O'Brien scored a typically belligerent 45 from just 38 balls.

The Irish will play Afghanistan in the final in Dubai in December with the precise dates yet to be confirmed.