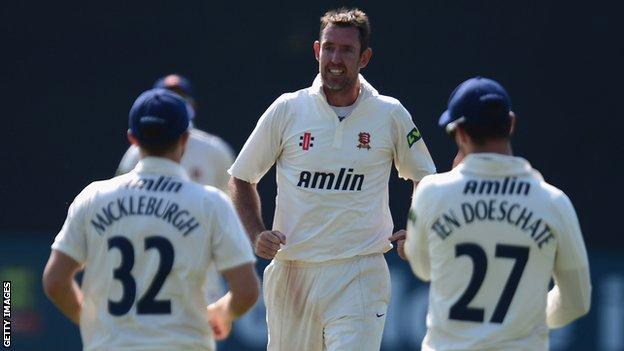 Sixteen wickets fell on a day dominated by the bowlers as promotion-chasing Essex took control against Kent.

Following on, the hosts closed on 8-0 second time around still needing 161 to avoid an innings defeat.

"The day didn't go to plan for Kent, although they managed to capture the Essex wickets they needed just after lunch.

"They then applied themselves less than they would have liked with the bat, although Ben Harmison underlined his resurgence to stand tall with 30 not out.

"Others will need to replicate his stoic approach if Kent are to prevent Essex from continuing their march towards promotion."