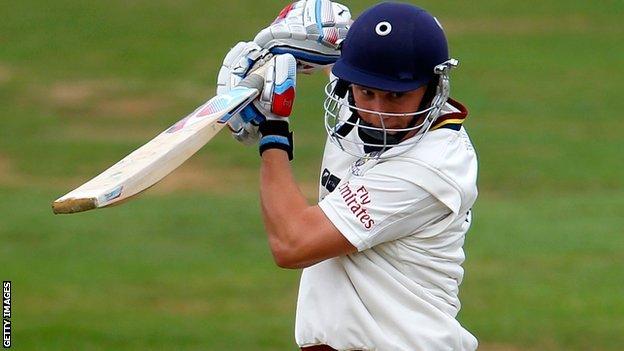 Rain brought an early end to day three of Derbyshire's clash with Durham to leave the game heading towards a draw.

Durham have so far amassed five points from the match as they look to maintain their lead at the top of Division One.

The Division One leaders have never won at the County Ground and with one day left to play, and Durham still to reach the host's first-innings total, that looks likely to remain the case.

As well as the rain, tight bowling by relegation-threatened Derbyshire also held up the visitors with Borthwick hitting only five fours during his fifty.

"The weather saw off the final 22 overs with Durham on 257-4 in their first innings. We have effectively lost a full day now and that would suggest the game is heading for a draw.

"However Durham still have 16 overs to claim extra batting points and I would imagine once that cut-off point comes and they are at least level with Derbyshire, they may declare to see if they can force a result.

"But as long as Yorkshire don't beat Sussex in Hove, Durham won't have given up any ground at the top of the table.

"The highlight on day three was a stand of 159 for the third wicket from Scott Borthwick (89) and Will Smith (81). They batted all day and nearly made it to tea before eventually departing eight overs apart."