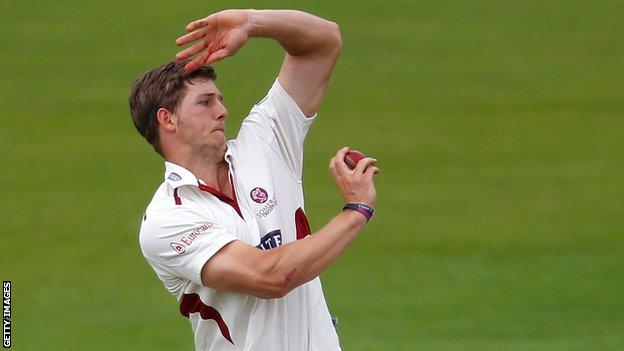 Somerset's survival hopes were boosted with a seven-wicket win over fellow strugglers Surrey, whose own prospects of avoiding relegation now look bleak.

James Hildreth (36no) and Craig Keiswetter (34no) led Somerset to a win that puts them 33 points above Surrey.

Bottom-club Surrey's chances of playing in Division One next season have now decreased drastically and with just two games to go, they surely need positive results against both Warwickshire and title-chasing Yorkshire to have any hope of staying up.

Somerset's dominance on the final day at Taunton was inspired by Meschede's excellent use of the ball, scuppering any Surrey hopes of setting an awkward run chase.

The 21-year-old's first victim was Steven Davies for just 11, and from then on he ripped through the visitors' middle order with his final wicket the dangerous looking Gareth Batty (37) leaving them 180-8.

Hildreth and Kieswetter then put on an excellent 55-run partnership to lead the hosts home to a crucial win in the fight to avoid relegation.