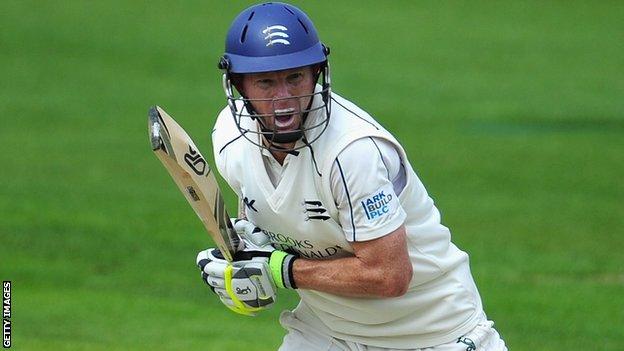 Middlesex's Chris Rogers hit a fourth first-class hundred of the summer as his side drew with Nottinghamshire, whose relegation worries were eased by two valuable bowling bonus points.

An aggressive innings from Australian Rogers saw him to 108, helping his side build on their overnight 96-0.

But he fell to Andre Adams (4-98), as the weather-affected match was drawn when Middlesex declared on 353-7.

Joe Denly (63) had also proved fruitful, but could not stop the draw.

Rogers' innings, though, meant he fell just five runs short of 1,000 Championship runs for the summer in only his 11th appearance for Middlesex.

Nottinghamshire have fallen to seventh in Division One following Somerset's win over bottom club Surrey, but are 12 points ahead of Derbyshire - after their collapse against leaders Durham - with a game in hand.