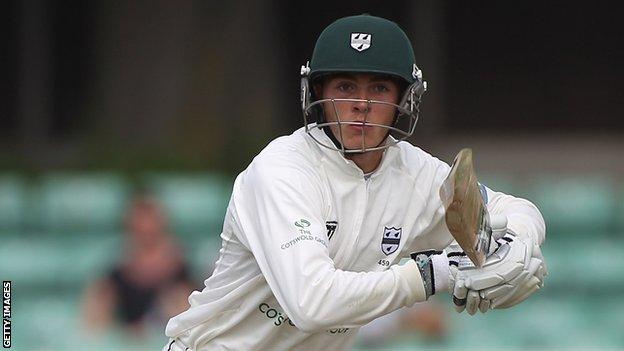 Ben Cox hit a career-best of 65 but could not prevent Worcestershire's game against Hampshire drifting to a draw.

The game was all but over as soon as the hosts avoided the follow-on with James Tomlinson taking 4-85.

Cox's third half century in championship cricket - coupled with an unbeaten 61 by Shaaiq Choudhry - helped Worcestershire to 351-8, 77 behind.

A declaration left Hampshire to make 69-2 before the teams agreed on the earliest possible finish at 16:20 BST.