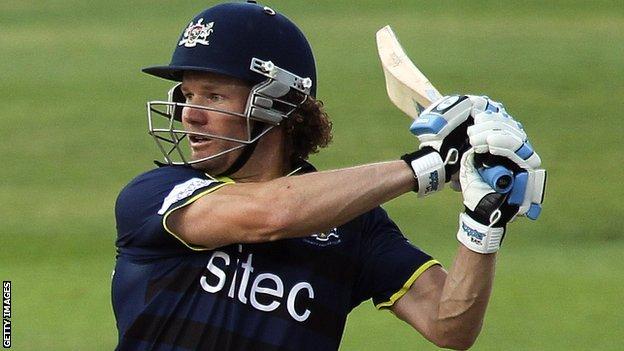 Opener Hamish Marshall, 34, and young seamer Craig Miles, 19, are now under contract at Nevil Road until the end of the 2016 season.

Batsman Ian Cockbain, 26, has extended his stay until 2015, along with 21-year-old pace bowler Liam Norwell.

Meanwhile, the Division Two outfit have confirmed Richard Coughtrie and Paul Muchall will leave the club at the end of the current campaign.

In his seventh season at Gloucestershire, New Zealander Marshall has scored 937 first-class runs at an average of 55 and will have the chance to reach 1,000 in their four-day game against Lancashire, which starts on Tuesday.

Director of cricket John Bracewell said: "Hamish has proved his value to us on and off the field.

"He is still in our top four in terms of fitness, which is a credit to him and a great example to our young players.

"When you have a young squad it is vital to have the right senior professionals in the dressing room as role models. Hamish is like a father figure to a lot of his team-mates and they trust him."

Cockbain has been utilised as a one-day batsman this year, averaging 33 in the YB40 and 23 in the FLt20.

Young bowler Miles has impressed with 43 first-class wickets this term, while Norwell has struggled with ongoing injury worries.