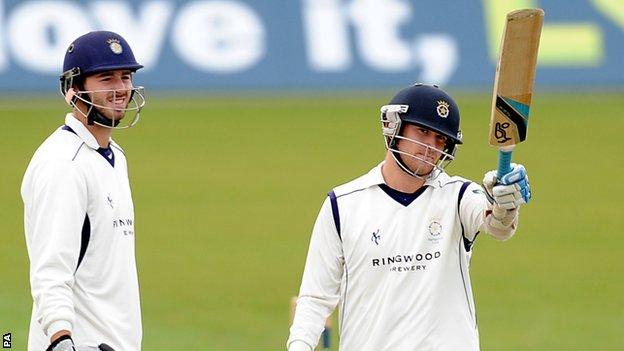 After losing the first day to rain, Matthew Hoggard bowled a tight, but wicketless opening spell for the home side in his final first-class game.

It was the impressive Vince's third century in as many matches.

He followed his hundreds against Worcestershire and Lancashire by hitting a six and 25 fours, while partner Dawson reached his maiden first-class ton this summer after over three hours at the crease.

It was a frustrating day for Leicestershire, who rotated nine bowlers during the day, with Ben Raine (1-66) and Shiv Thakor (1-32) the only ones to achieve a breakthrough.