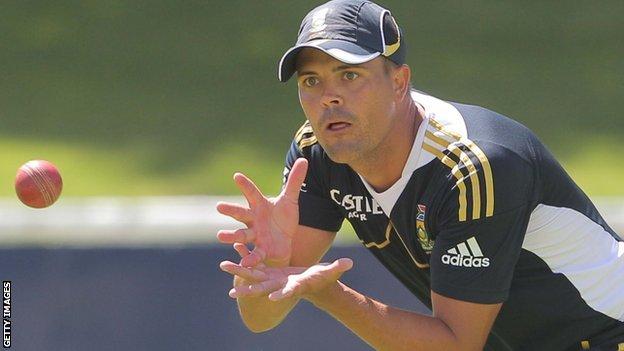 Glamorgan have secured South Africa batsman Jacques Rudolph as their overseas player for the next two seasons, subject to clearance from Cricket South Africa.

The 32-year-old will replace Australian Marcus North, who has been with Glamorgan for the last two seasons.

"I'm delighted to be joining Glamorgan on a two-year deal," Rudolph said.

"I enjoyed my time playing for Yorkshire so I'm looking forward to the challenge at Glamorgan."

Rudolph has previously played county cricket for Surrey and Yorkshire and is currently playing Champions League cricket in India for the Titans.

The left-hander has played 48 Tests for South Africa at an average of 35.43 runs and also has a slightly higher average in one-day internationals.

Hugh Morris, who will join Glamorgan as chief executive and director of cricket, said: "Signing a player of Jacques Rudolph's undoubted capabilities and experience is a great boost ahead of the new season.

"With an increasingly heavy first-class schedule it will be a huge advantage to have a world-class opening batsman available to us. I look forward to welcoming Jacques to Glamorgan."

Glamorgan say they are also close to agreeing new contracts with this season's leading run scorer Murray Goodwin and spinner Dean Cosker for the 2014 season, plus ex-England bowler Simon Jones on a deal to play just limited-overs cricket.

The Welsh county are currently playing Essex in County Championship Division Two and will contest the YB40 final against Nottinghamshire on Saturday - Glamorgan's first Lord's appearance for 13 years.