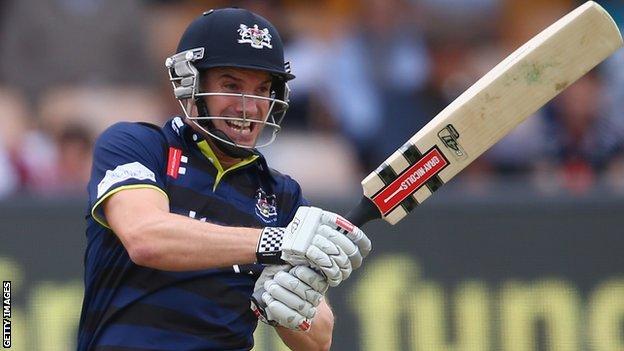 Gloucestershire captain Michael Klinger says he is already looking forward to the start of the 2014 campaign.

The 33-year-old batsman has now returned to his native Australia to play for West End Redback in their 50-over competition.

Klinger has scored 1,105 County Championship runs this term and is set for a second stint as Gloucestershire's overseas player next year.

"It's been a highly competitive six months of cricket," he said.

"It makes me more excited about coming back next year.

"I've loved my time here. I came here not knowing what to expect from a full season but it was great to play some hard cricket."

Klinger has made 2173 runs for Gloucestershire in all competitions, including four Championship centuries and an average of 87.75 in the YB40.

And under his captaincy they narrowly missed out on qualification for the semi-finals of the YB40 and look set to finish the season just outside the promotion places in Division Two.

Despite being their top run-scorer this term, Klinger says he is still looking to improve.

"I want to try and perform well next year and back it up, because sometimes it's difficult when the opposition get to know your strengths and weaknesses," he said.

"From a personal point of view, to get another good season is what I'm after. But obviously it's more important for the team to keep moving forward.

"We've lost our way at times but if we can correct that next year and maintain it in the four-day game then we are going to be very hard to beat."