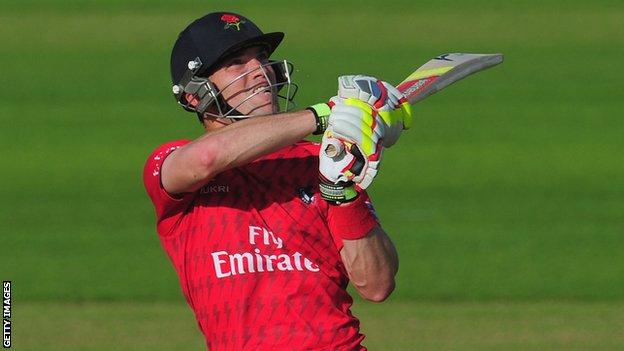 Stephen Moore will leave Lancashire at the end of the 2013 season after the Division Two leaders announced they will not offer the opener a new deal.

But his form has dipped since then and he has not appeared in a Championship game since the start of June.

Lancashire were on Saturday.

Although former Worcestershire batsman Moore was a regular in limited-overs cricket in 2013, his route back to the starting line-up in the four-day game has been who had scored half centuries in seven consecutive Championship innings prior to their fixture at Gloucestershire.

Head coach Peter Moores told the club website: "Stephen has been an outstanding member of the squad and had a major influence in the Championship-winning team in 2011.

"Through a lack of opportunity in four-day cricket, it has been decided to allow him to look for opportunities elsewhere. I would like to thank him for all he has given to the team in his time with us."