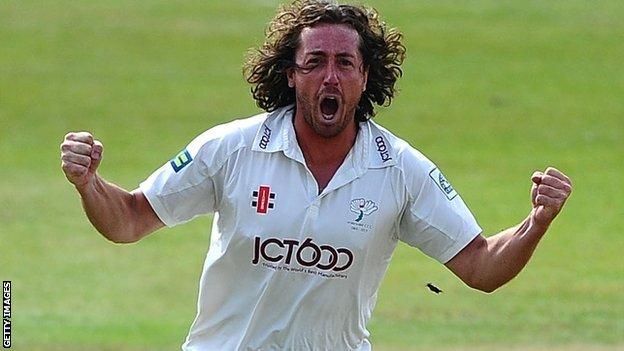 Yorkshire bowler Ryan Sidebottom has signed a new deal with the Headingley side to take him through to the end of the 2015 season.

The 35-year-old former England international is in his second spell with Yorkshire after rejoining them from Nottinghamshire in 2010.

"I am delighted to be committing my future to Yorkshire," Sidebottom told the club website.

"This is the best club in the world and I feel we are going places."

In his first-class career, the Huddersfield-born bowler has played 187 matches, taking 607 wickets at an average of 24.93.

He represented England in 22 Test matches, taking 79 wickets at just over 28.