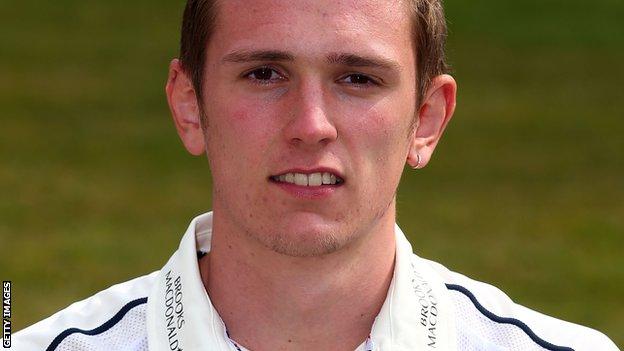 The 19-year-old joined the Middlesex academy from Ealing Cricket Club in 2011 and has featured regularly for the county's second XI this summer.

Director of cricket Angus Fraser said: "Harry has worked hard to get a contract and he thoroughly deserves the opportunity he has been given.

"His bowling continues to develop and with further hard work he will become a fine bowler."

He added: "He joins an exciting group of young fast bowlers at Middlesex that includes Tom Helm and Gurjit Sandhu.

"Middlesex would once again like to thank Ealing CC for the role they have played in supplying the club with another talented young cricketer."