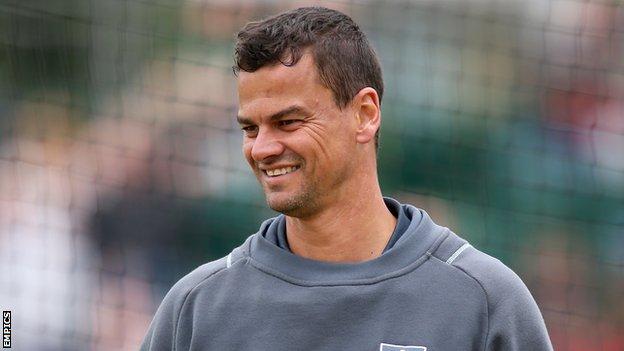 The 38-year-old South African moved to The Oval from Somerset in the build up to the 2011 campaign.

Surrey executive director Alec Stewart said: "I would like to thank Zander for his efforts over the past three years.

"He has been an extremely popular member of the dressing room and has made important contributions with both bat and ball in all forms of the game."

He added: "The club would like to wish Zander the very best for the next stage of his career."

The Johannesburg-born player has been a regular for Surrey in the County Championship this season, scoring 571 runs at an average of 24.82 in his 14 appearances, as well as taking 13 wickets at 63.38.

De Bruyn also took 13 wickets in Surrey's run to the FLt20 final and played 10 matches in the YB40 competition.

"I have cherished my time with Surrey and I would like to wish the players and management all the best for the future," De Bruyn said.

"I am now looking forward to the next stage of my career."